Originally for this post, I was going to review some new make up products I tried that I have been very interested in for the month of February. However, after careful thought, I wanted to do something different for this month’s February Favorites that I’ve never done before. I spent most of this week pondering how I was going to do something different, it was Wednesday before  I decided I was going to review two of my favorite television shows that I highly recommend for you and your family to watch.  

Typically I don’t consider myself a television person. I am more of a curl up on the couch with a book type. However, every now and then a certain show will catch my attention and draw me in when this happens I feel like it’s definitely something worth writing about. 

My February favorites this month, aren’t just my favorites FOR this month but rather they have been my favorites for quite some time.   I’m talking of course of NBC’s This Is Us and TBS’  Miracle Workers: Dark Ages. These shows are two totally different genres but they tell the story of characters (which really pull you in) and help you to become emotionally invested in their journey . As someone who is a writer them selves, a great show has to have a specific recipe: Top-notch writing, a talented cast, and great chemistry between the cast.  It’s very rare to find a show that really has all of those components. Most shows will start off good, but eventually different factors will cause the audience to lose interest.  It really takes more than decent writing to keep audiences engaged and that’s where the talent of the cast comes in. 

NBC’s This Is Us

This Is Us   tells a heartwarming and emotional story about triplets, their struggles and their amazing parents.  Without giving too much away, the series follows the lives of siblings Kevin, Kate, and Randall (known as the “Big Three”), and their parents Jack and Rebecca Pearson. It takes place mainly in the present 2016-2019 and uses flashbacks to show the family’s past. Kevin and Kate are the two surviving members of a triplet pregnancy, born six weeks premature on Jack’s 36th birthday in 1980; their brother is a stillborn. Believing they were meant to have three children, Jack and Rebecca, who are white, decide to adopt Randall, an African American child born the same day and brought to the same hospital after his biological father abandoned him at a fire station. The show tackles very real issues such as: alcoholism, self-esteem struggles, anxiety and loss in an honest way. It portrays the ups and downs of relationships from those with your siblings to those with your spouse.  It deals with life’s ups and downs in a way that everyone and anyone can relate to. 

The Pearson’s seem perfect in every way but the viewer gets to see just how flawed they are and how they work through these flaws. When the amazing Patriarch, Jack, dies from smoke inhalation when his children are 17, his wife Rebecca finds herself alone with three teenage children and the show deals with grief and the journey to coming to terms with loss. The time jumps from past to present show life goes on with Rebecca later marrying Jack’s best friend,Miguel. Randall becoming a successful finance professional and married to college classmate Beth; they raise two daughters and adopt a third. Kevin becoming a successful actor while struggling with alcoholism and to be taken seriously. Finally with Kate, after lacking direction much of her life, how she meets and marries Toby, pursues a career in music, gets a degree, and becomes a mother.

What I love most about this show is the chemistry between all the actors. This show makes you feel so much. You’ll laugh, you’ll cry, and more importantly you’ll let into your hearts a family of fictional characters who all feel very relatable and real. The show’s portrayal of anxiety through the character Randall is extremely raw and honest. I found myself crying so many times being able to relate so much to that character having suffered from anxiety my whole life. Kate represents something to relate to personally also having spent most of my 20s battling my weight and dealing with self-esteem issues I can absolutely relate with her struggle to love herself and come to terms with the things that she can change about herself and the things that she cannot. While I can go on and on about the way that I see myself in each of the Pearson’s, I will not because I’d much rather you watch the show and see how you can relate to each of the characters yourself.   

This Is Us, airs Tuesdays at 9 PM on NBC and I highly recommend you keep a box of tissues on hand for the ups and downs of the Pearson’s story.

While This Is Us definitely pulls at your heartstrings, this particular show will make you laugh until you cry while challenging the way you think . The premise of the show follows Alexandra (Al) Shitshoveler, a bright young woman who aspires to more than following in her father’s footsteps as a, you guessed it, shit shoveler. The show also spends significant time with Daniel Radcliffe’s Prince Chauncley, the rather soft son of a ruthless tyrannical ruler, King Cragnoor and Lord Vexler, an ambitious social climber, as they try to broker peace with a nearby hostile tribe of outsiders.

  The show will have you laughing from the minute it begins to the moment it ends but it’s also very raw and honest and ties into today’s political and social ignorance. On the one hand, you have Al’s dad (played by the talented and hilarious Steve Buscemi) who believes that it’s a great time in history where everybody knows their place, and on the other you have Al   who wonders: ‘is there more better way to live than this?’

Dark Ages is like Game of Thrones meets Monte Python. What I really love about this show is that it never allows any of the characters in the story to be purely unlikable, which I find rather refreshing. I believe that everybody in my generation can relate to Al in wanting to make the world a better place while trying to survive in a world that is less ideal both politically and socially. Prince Chauncley’s character teaches us that it is never too late to change he learns the meaning of compassion. It also deals with that fine line between following tradition and ushering in change  . The theme of the older generation wanting the younger generation to follow in their footsteps as a means to keep with the status-quo is both relatable and accurate to the modern  age we live in. The cast will have you laughing while also challenging the way you think about the world as it is today. 

The plot of the show, along with its star studded comedic cast will certainly have you coming back for more each week. Miracle Workers: Dark Ages airs at 10:30 p.m. Tuesdays.

That’s all the time I have for today, with that said I hope you enjoyed my February Favorites! I hope you have a wonderful week and I’ll be back next  week! 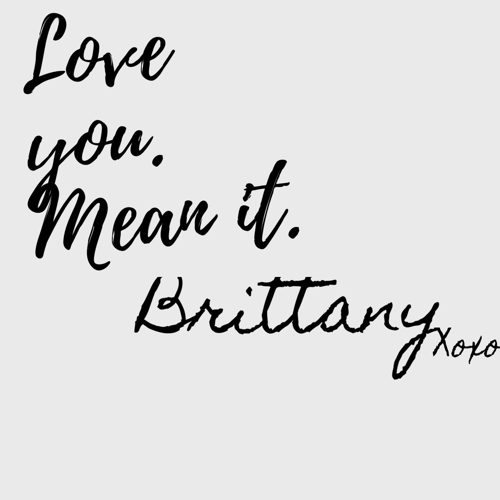