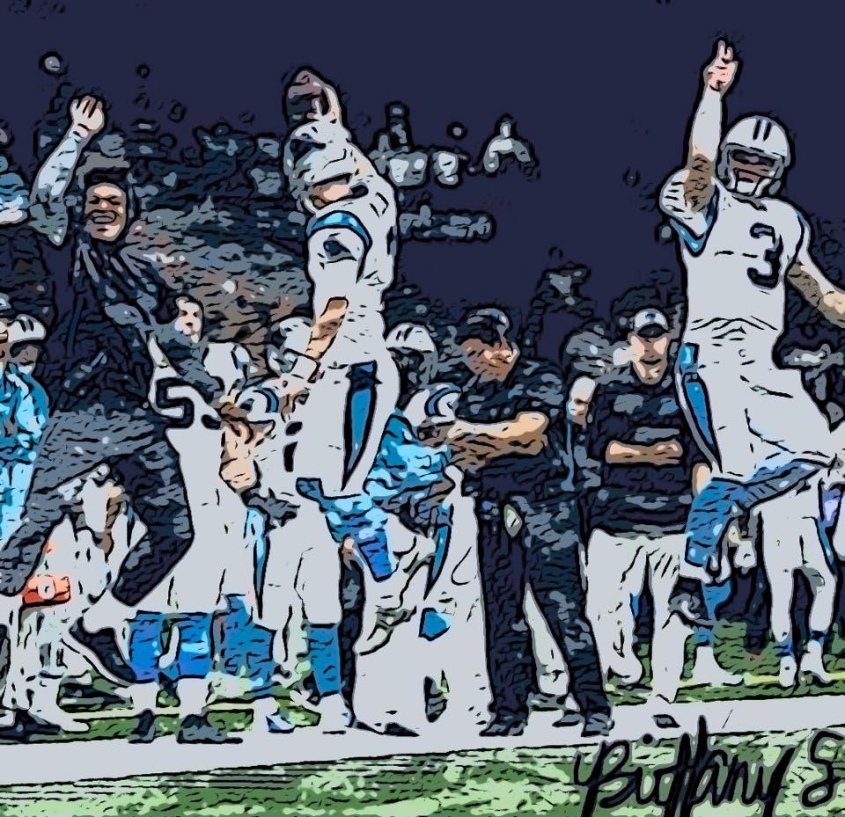 This week as we say goodbye to the 2018 football season I’m going to talk about the peaks and the pits of the season. While the official slate isn’t wiped clean until Sunday night, here are the my Top 3 Peaks and Pits of 2018. While I wish there was more to write about, the writing muse has not done me any inspirational favors this week so here you have them. Which brings me to my age old question: Do you want the good news or the bad news first? I’ll deliver the pits first!

1. Saying Goodbye to Thomas Davis– Perhaps the crappiest part of our off-season so far is knowing TD will suit up for another team, possibly in our own division. This act of betrayal was brought on by the need to give Shaq Thompson his time to prove himself as more then a backup (and ultimately tell us if he’s worth big money), it still hurt us Panther fans like no other. While TD won’t hit the FA (free agent) market until March, it’s safe to say the BoA won’t be same without its defensive Mr. Reliable.

2. Cam’s Shoulder Woes- What’s worse then watching your Quarterback go from 6-2 to 7-9 after the single most embarrassing Thursday night football game? Knowing your quarterback aggravated that same shoulder that’s given him trouble before. Cam’s struggle with the deep ball has been evident since that Thursday night game and even more painful was each week wondering why they were keeping him in the game even with the painfully obvious he needed rest and repair. While Cam is set to back on track for training camp, the waiting to pull a hurt team leader does raise some eyebrows within the fanbase.

3. The Falcons Swept Us & We Lost To The Saints At Home- These two are tied for pit number 3 because they go hand in hand with division rivalries and pride. Losing to your division rival on their turf? Okay. Losing to your division rival on YOUR turf and also twice in one season? NOT OKAY. The Panthers have had a hard time within their division, especially against the Saints last year being swept three times (once in the playoffs). A definite pit that needs to be improved upon is the Panthers ability to START and FINISH fast against an increasing competitive NFC South division.

But there’s good news! You believe me don’t you? For every pit there’s a peak and without a moments delay here are the top 3 peaks of the 2018 season.

1. Christian McCaffrey definitely has a bright future with us-His Dad (Ed McCaffrey) was a NY Giant and later a Denver Bronco, but Christian is a next level talent the Panthers can capitalize on to ensure their own future amongst the competitive NFC South as well as the NFL at large. Christian, or CMC as we affectionately call him, can run, leap over defenders and even throw a touchdown if we need him too. He’s a superb athlete and a class act that I look forward to watching grow in 2019.

2. We’ve Got Solid Back-Up Quarterback Options In Taylor Heinicke and Kyle Allen (although we hope to not need them again as long as Cam stays healthy)- When it rains it pours, and while no team wants to see their starting Quarterback sidelined for the remainder of a season, it was nice to know we’ve got some solid backups waiting in the wings should the top dog go down. While each stint was short lived the backups Allen and Heinicke showed flashes of greatness and it was obvious that Cam had a hand in molding and mentoring the young men. Anyone who questions Cam’s leadership should feast their eyes on him being the greatest supporter and fan by cheering on both guys from the sidelines. As the old saying goes, ‘you win some, you lose some’ Panther nation can definitely agree that saying simply do to the fact that while we lost when Cam went out we did win in securing some young talented backups who are ready to step up to the plate when need be. Ahhhhh, got to love silver linings!

3. We Beat The Saints At Home-To the casual football fan this may be no big deal. After all half their starters didn’t even start. However, it IS ALWAYS a big deal to beat The Saints at home in the Super-dome. Especially after being violently swept three times by our Brees lead archenemies it’s always good to show the bayou bullies where they can stick that broom if theirs (HINT: It’s where the sun doesn’t shine). Regardless of whether it’s a big deal to you or not, beating the Saints at home was definitely a high point to end the 2018 on.

What would you rate about your teams Peaks and Pits? Let me know in the comments below and Keep Pounding!